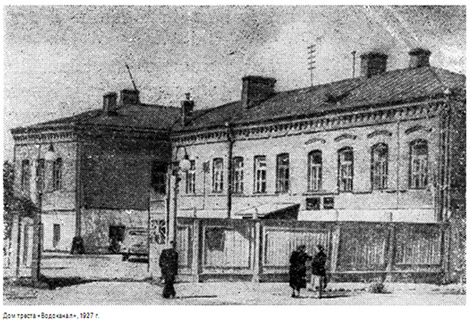 watch video about the company

The history of AMKODOR began on 1 February 1927 with the commissioning of the Vozrozhdenie factory producing children’s toys. Time passed, new productions were created, the range of products was expanded. Nowadays the AMKODOR holding is a successful international diversified company. The holding includes 29 legal entities, 22 plants manufacturing over 6500 units of market products. Together with our customers, we grow and harvest crops, build cities and roads, work in the forest and create infrastructure, move heavy loads and set up home, turn on the lights in houses and take care of people’s health. Now and forever, the AMKODOR holding strives to bring harmony to the big and diverse world, reliability and confidence in the future. We take care of each of our clients not only occasionally but every single day to finally have the perfect mosaic of human life. 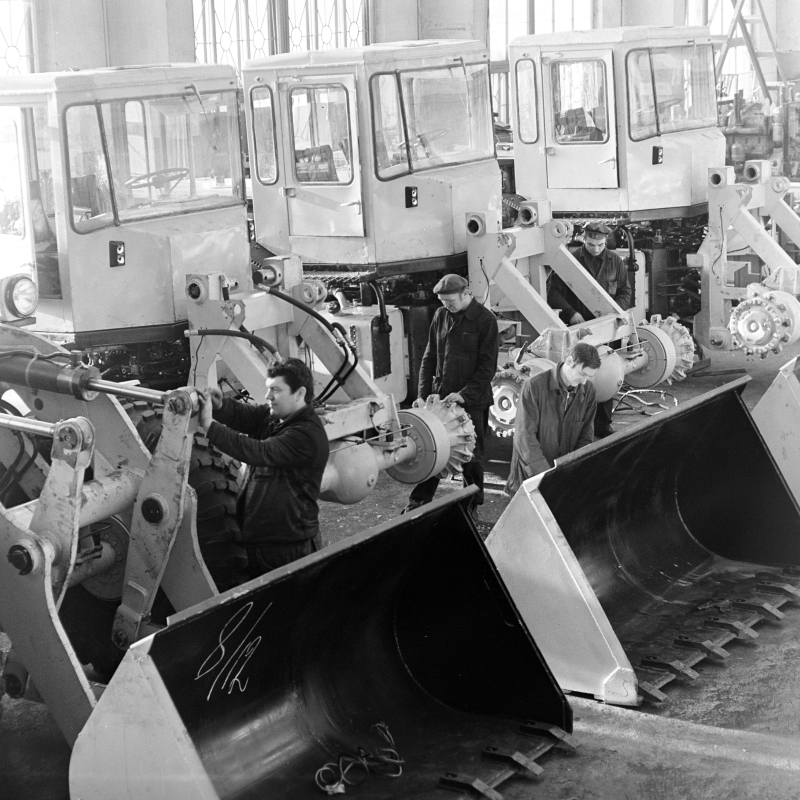 1 February 1927 is the date of establishment of the JSC AMKODOR, holding managing company. That day the work team for the production of children’s toys was established by the order of the Minsk District Work Teams Association. Later on, the work team was renamed the Vozrozhdeniye toy factory. 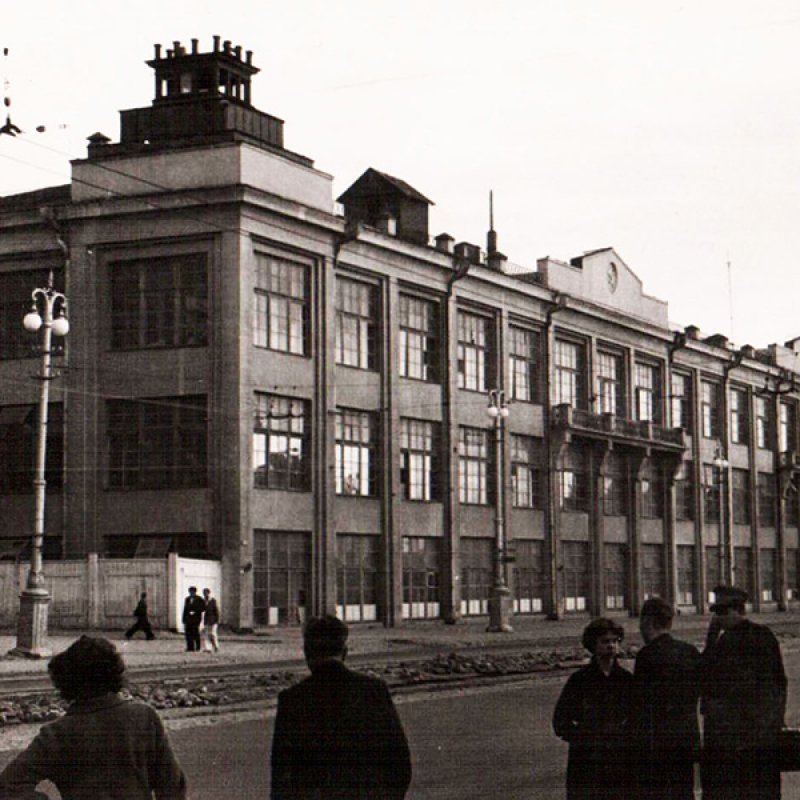 In addition to toys, the Vozrozhdeniye factory workshops were producing crockery and wicker furniture. In 1930, the factory became a member of the Belmetalloobedinenie of the Supreme Council of the National Economy of the BSSR. It was renamed into the Udarnik plant specialized in the production of scales. The plant mastered the production of springyards and nickel-plated locks. During the Great Patriotic War, the Udarnik plant was completely destroyed. In 1944-1946, the plant was actively restored and soon the production of the entire pre-war range of goods was launched. From 1946 to 1950, new buildings of the Udarnik scale plant were built. The plant actively began to develop new products, and already in May 1951 the first earth-moving machine KM-800 was produced. Later, the mass production of multi-bucket crawler loaders, forest ditchers, multi-bucket pneumatic loaders, snow blowers, snow loaders and etc. was launched. The first loader on its own articulated chassis appeared in 1970. It was the famous TO-18, the prototype of today’s loaders AMKODOR 332 and AMKODOR 333. The machine, affectionately nicknamed “Toshka” by the people, was distinguished by its maneuverability, reliability and ease of operation.
Introduction of single-bucket wheel loaders played out an important role in the mechanization of civil and road works, as well as in civil utility works in our country. Customers loved this new machine and it earned a good reputation. TO-18 loader was awarded the State Quality Mark, and in 1975 the loader was awarded a Gold Medal of the National Economy Achievement Exhibition and the Exhbition I degree Diploma. In April 1991, according to the joint decision of the Ministry of Heavy Mechanical Engineering of the USSR and the Minsk Research and Production Association of the road mechanical engineering, the JSC Amkodor was established at the premises of the Udarnik plant by converting the Minsk Scientific-Production Association of the road engineering. 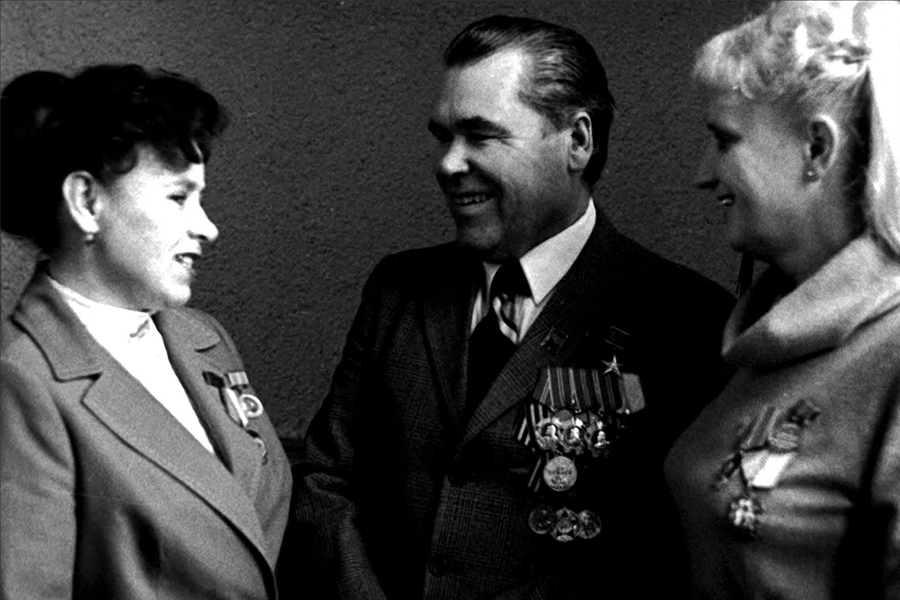 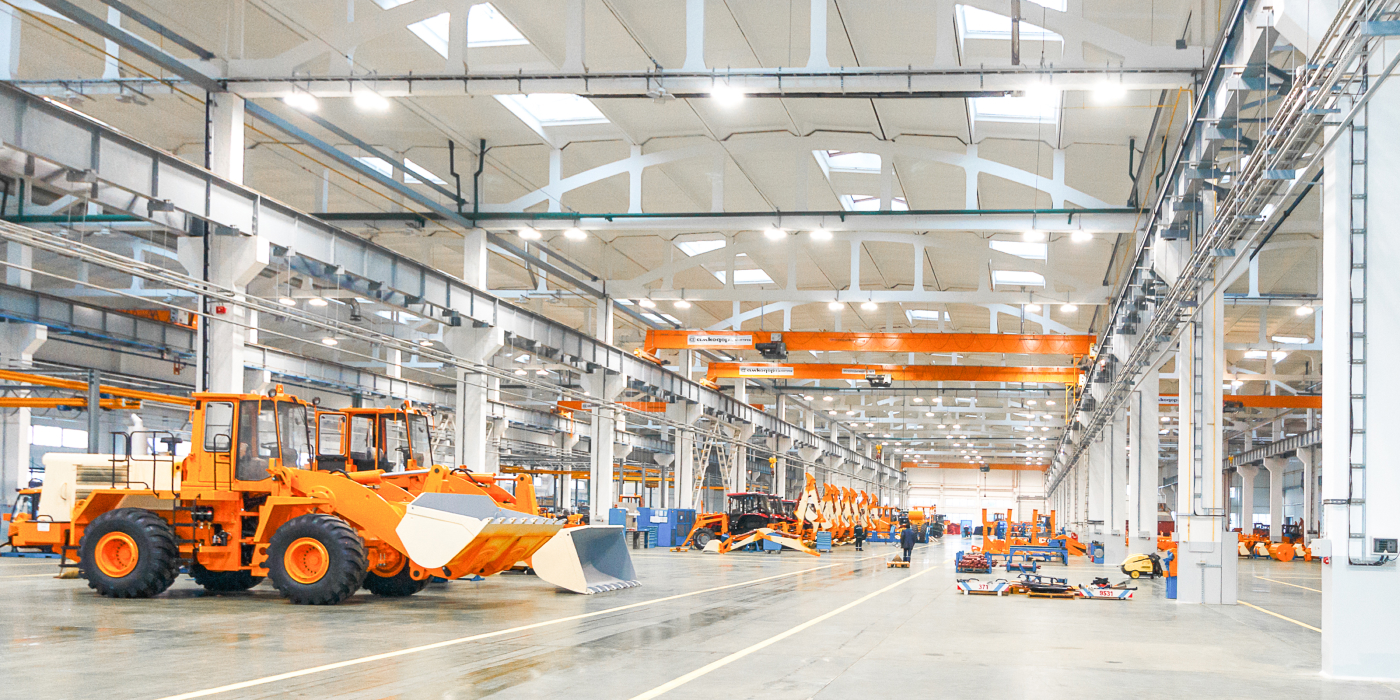 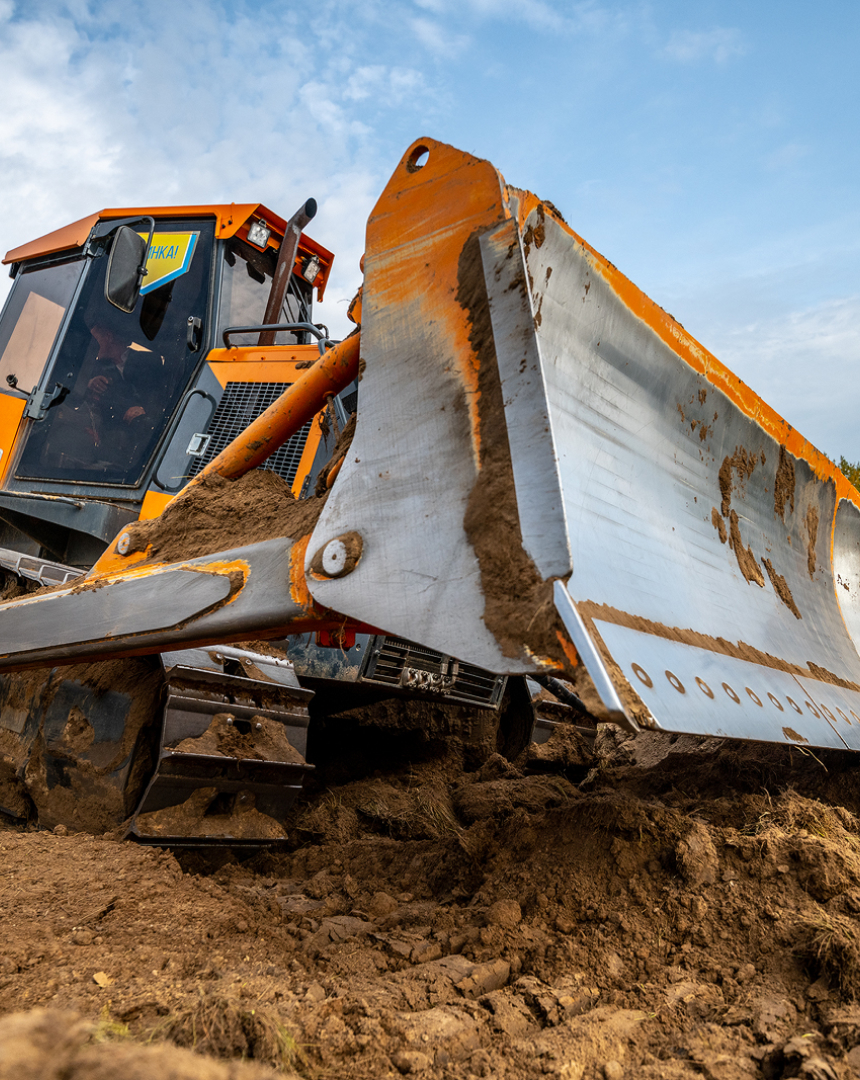 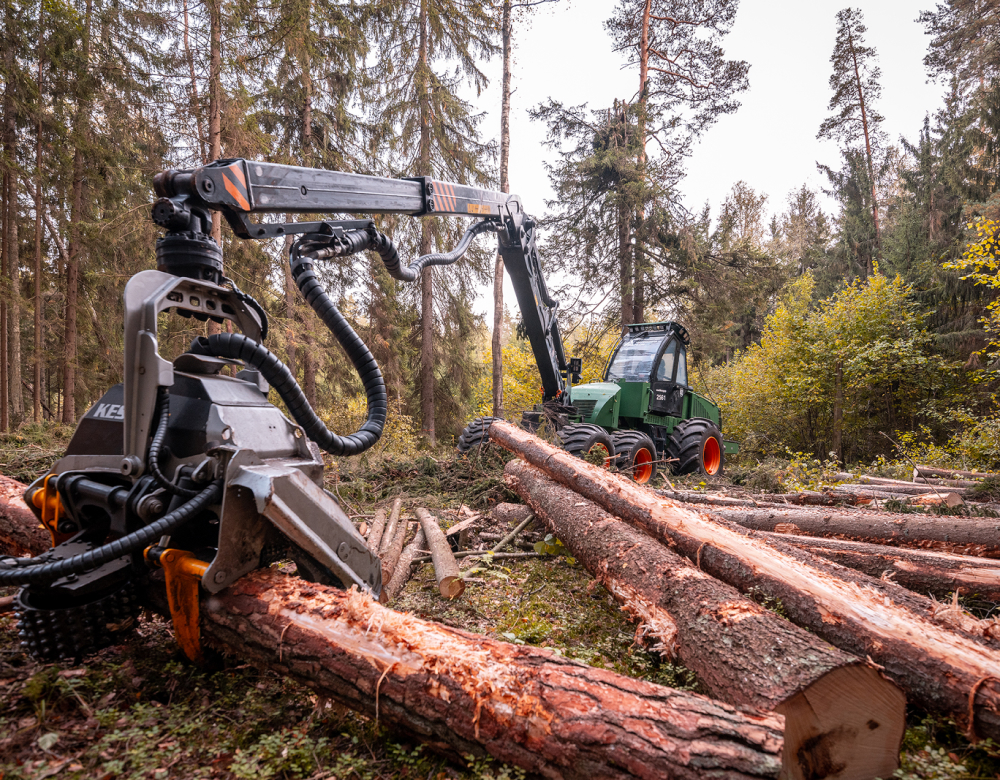 Due to the continuous creative application of the accumulated experience of many years in design and production, nowadays the JSC AMKODOR, holding managing company, can already boast of the machines of the future. The company is constantly upgrading its entire family of machines taking into account the latest demands of the XXI century. The company focuses on the production of multipurpose machines with contemporary design and comfortable driver’s seat. To maintain the company’s products competitive and to compete with the global leading brands, a strong focus is made on quality, service and aftersales service. To carry it out in practice, the holding has it all — modern equipment, technologies and qualfied personnel. 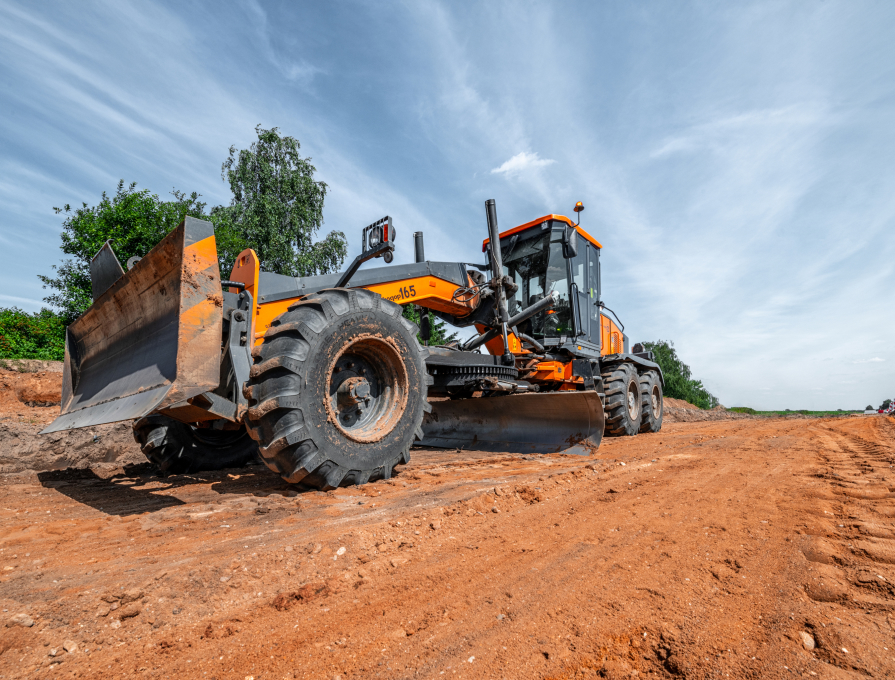 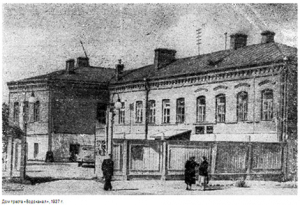 On 1 February 1927, the production of children's toys was established as part of the Minsk District Association of Labor Collectives of the People's Commissariat of the BSSR. This is how the Vozrozhdeniye factory producing children's toys appeared. In addition to toys, the Vozrozhdeniye factory workshops were producing crockery and wicker furniture.

In 1930, the factory became part of the Belmetalloobedinenie of the Supreme Council of the National Economy of the BSSR. It was renamed the Udarnik plant specialized in the production of scales. It also mastered the production of steelyards and nickel-plated locks. 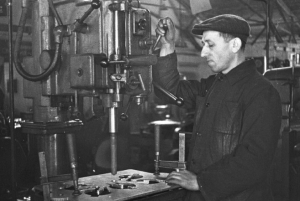 During the Great Patriotic War, the Udarnik plant was completely destroyed. In 1944-1946, the plant was actively restored, and soon the production of the entire pre-war range of goods was launched. From 1946 to 1950, new buildings of the Udarnik weight plant were built. 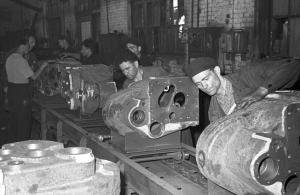 In 1951, the Udarnik plant was transferred to the Ministry of Road and Construction Engineering of the USSR. The production of road and earth-moving machines was a new technical profile of the enterprise. A Special Design Bureau for the design of road machines was established.

In 1952, the production of the first road machines began. The Udarnik plant cooperated with more than 350 enterprises of the USSR. The plant's products were exported to 16 countries worldwide. The machines manufactured at the Udarnik plant were demonstrated at 15 international exhibitions and fairs.

In 1957, the first powder metallurgy laboratory in the BSSR was arranged at the plant. In 1964, the Pilot Plant SKB-2 manufacturing and testing prototypes of reclamation and road machines was built. 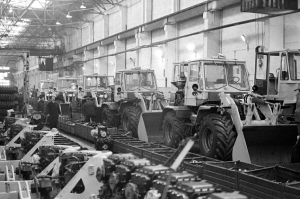 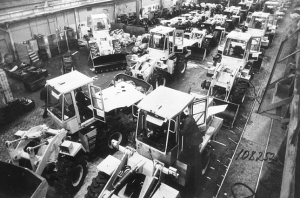 In 1983, the Udarnik plant was included in the Minsk Scientific and Production Association of Road Engineering. A year later, the Volzhsky Plant of Components and Assemblies (Volzhsk, Russia) and the Saratov Plant of Construction Machines (Saratov, Russia) joined the association.

1987 was a significant year in the history of the Udarnik plant - the 1000th anniversary loader was assembled. The Minsk Research and Production Association of Road Machine Engineering continued to expand: in 1988, the Andropov Plant of Road Machines (Andropov, now Rybinsk, Russia) became part of it.

In 1990, the Minsk Udarnik plant and the Minsk Scientific and Production Association of Road Engineering established a small Dormashmet enterprise. 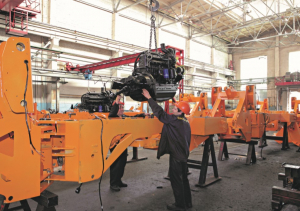 By a joint decision of the Ministry of Heavy Engineering of the USSR and the Minsk Scientific and Production Association of Road Engineering, the JSC Amkodor was established by transforming the latter.

On the premises of the Molodechno Mezhrayagropromtekhnika, the LLC Unikab Plant was established which became part of the JSC Amkodor (now - the CJSC Amkodor-UNIKAB).

The core activity of the plant is the production of cabins for all models of machines.

In 1992 the JSC Amkodor was renamed into the Amkodor group company. 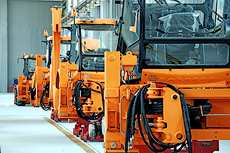 In 2003, a quality management system was created and implemented regulating the work at all stages of the production cycle and sales of products from market research to service support. 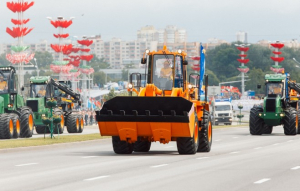 In 2012, the JSC Amkodor was renamed into the JSC AMKODOR, holding managing company, and registered in the State Register of Holdings.

In July 2018, in order to provide the trade and service centers of the AMKODOR holding with original spare parts, the LLC AMKODOR-Component was established. Based on the Tashkent Plant of Agricultural Machines, Uzbekistan established an enterprise of the AMKODOR holding, the JV LLC AMKODOR-AGROTEXMASH producing road-construction and special-purpose machines for the ex-Soviet Central Asia countries. 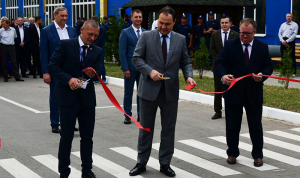 In 2019, seven models of special-purpose machines of the JSC AMKODOR, holding managing company, became laureates of the Best Goods of the Republic of Belarus contest. The CJSC Amkodor-Pinsk was twice awarded for achievements in the field of quality.

In 2020, the holding's presence in international markets was actively expanding: a Memorandum on the establishment of a joint venture in Egypt for the production of the AMKODOR products was signed.

AMKODOR was included in the Eurasian register of manufacturers of industrial products.

On 13 April 2021, the JSC AMKODOR, holding managing company, got the title of laureate of the Prize of the Government of the Republic of Belarus for achievements in the field of quality. AMKODOR got this high title in 2007, 2012 and 2017.